Mankind has been searching for the “Fountain of Youth” since the 16th century. The Fountain was said to restore the youth of anyone who drank from it. Researchers believe to have discovered the “fountain” in “Miracle Water” in different areas around the world.

Typically, molecular hydrogen was considered an inert gas that didn’t have much effect on the human body. The medical community knew that bacteria in the gut produce molecular hydrogen but didn’t know that it may have a positive impact on human health. This discovery of “Miracle Water” started a wave of research on molecular hydrogen for health.

In the past 12 years, the number of molecular hydrogen research studies has grown exponentially, totalling more than 1000 high quality peer-reviewed studies and scientific articles.

​What are free radicals?

But not all free radicals are bad!

The amount of free radicals formed inside the cells is influenced by your lifestyle and your environment. Just like how an older car that is not well maintained produces more pollution (Smog), as you age and live without taking good care of your body, you are prone to increased free radical production

Things that cause more free radicals

Free radicals form naturally as a by-product of living life. However, depending on your lifestyle, diet and environment more free radicals can form inside your cells. Check below to see which free radical producers you are exposed to daily. 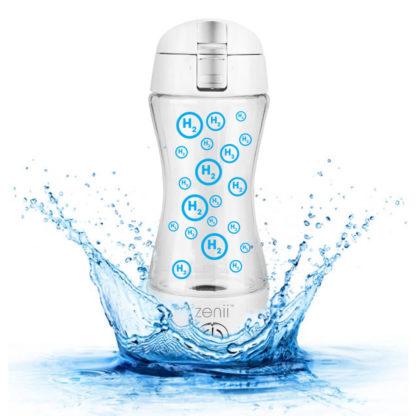 Stop the oxidative stress. Bring back the balance.

Molecular hydrogen has been found to be the most powerful and versatile SELLECTIVE antioxidant. Molecular Hydrogen is the hero your cells need to bring back the balance in the war between free radicals and antioxidants.

How does it work?

Molecular Hydrogen (H2) is the answer.

Free radicals affect each of us. Depending on which part of the body they create health symptoms, we have given those diseases different names such as Parkinson’s or Alzheimer’s if the brain is attacked, Heart disease if the heart is attacked, Rheumatoid Arthritis if the joints are attacked and so on.

Molecular Hydrogen is the hero that will vanquish free radicals (the ultimate threat to your health) and give you the antioxidant protection you need to live a healthy, happy life.

Molecular Hydrogen is the most superior antioxidant and also considered the “perfect” antioxidant due to the following 3 reasons.

The great thing about Molecular Hydrogen is that it is 100% natural, contains or produces no toxic by-products, it is 100% safe, including for the use by pregnant women and babies. It has no side effects whatsoever and can never be overdosed! The body will use what it needs and expel any excess through breath.

Molecular hydrogen is backed by science

Demonstrated in 1000+ high profile peer-reviewed studies and scientific articles to have therapeutic efficacy for over 170 human and animal diseases and virtually every organ in the human body.